This group is difficult to pin down as a pure architectural style. It consists of a wide range of architectural types and traditions which had their origins in  the earlier  late-19th-century homes built by the early settlers.
Hence this period saw the arrival of homes which were fashioned on the European as well as Colonial American house styles. 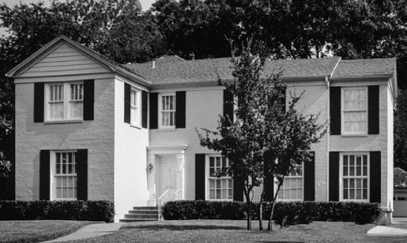 Colonial Revival 1876-1955
Colonial Revival goes back to America’s founding architectural styles of the Federal and Georgian period. However,  it is one of the most commonly produced house styles in America. So trying to list the great number of variations to help you decide which is yours is a problem. So we have set out the most popular styles and attempted to separate them into subsets to help the house historian to identify various styles. Most are similar to the original style with exceptions which we list here below 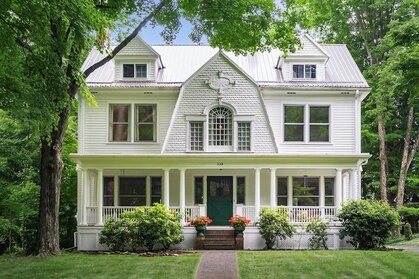