lThe Victorian period refers to an architectural style rather than the era although it is all based upon designs during the reign of Queen Victoria. There are many sub Victorian styles including Second Empire, Queen Anne, Shingle, Richardson Romanesque and  Italianate and Gothic Revival the last two we have included in the Romantic Style section 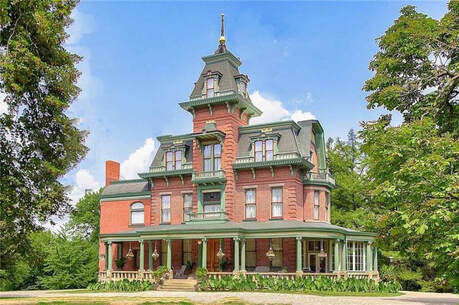 The Second Empire architectural style (part of the Picturesque Movement) is based upon the luxurious grand French Mansard style houses which were popular in France, during Napoleon III’s reign. It was very popular in America in the 1860s and 70s and considered to be more modern than other previous styles 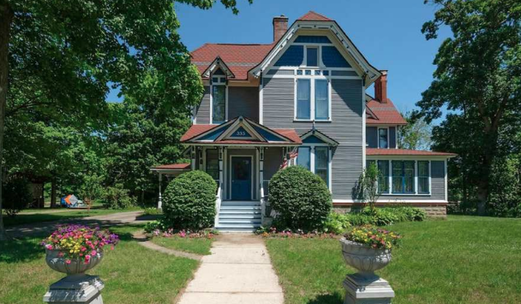 Stick 1860 - 1890
Stick is a style of Victorian house almost always made of wood. It is named after its use of a decorative wood trim, called stick work on the outside walls. 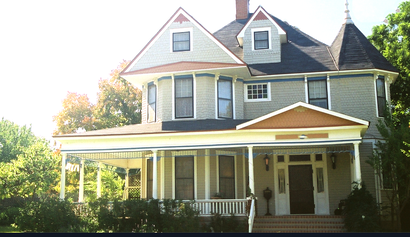 Many people consider this style to be the archetypal Victorian home. About the time these were built experiments with central heating meant that room design did not have to centre around fireplaces and stoves and therefore provided architects with a freedom to introduce interesting features and shapes. Also the civil war had finished and factories turned to making mass produced metal and wood products suitable for house builders and with the advent of the railroads this meant affordable and available products throughout the country. This is not to be confused with the Queen Anne(between 1702 and 1714) style in Britain

There are basically four variations on this style

1. Spindled Queen Anne or Eastlake which is the most common and are houses with fine turned porch posts with much fenestration and ornamentation. Often referred to as Gingerbread or Eastlake after the furniture designer Charles Eastlake.

3. Half-Timbered Queen Anne a small number are similar to the earlier Tudor style but have half-timbering in the gables and porch with thicker posts.

4. Patterned Masonry Queen Anne These are most frequently found in urban New York, Chicago and Washington D. C. They have masonry walls with pattered brick or  stone work and little wooden detailing. Terra-cotta or stone decorative panels are often set into the masonry walls.

A summary of the key features and variations are - 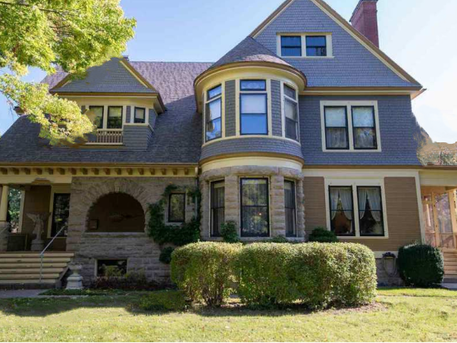 Shingle 1870- 1900
Shingle Style homes became popular first along North America's Atlantic coast and soon spread to the rest of the country. With roots in Queen Anne and Colonial Revival  styles it was part of the transition from Victorian to a more Arts and Crafts style building. 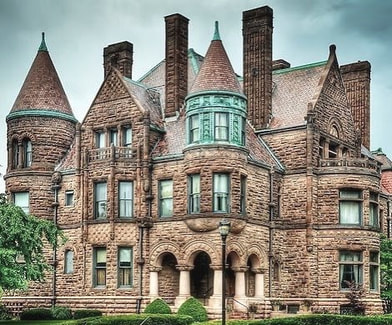 Richardson Romanesque 1800-1900
This Romanesque Revival style is named after architect Henry H Richardson whose eclectic  style consisted of complicated and unusual sculpted shapes. It was a style  that was to influence many modern designers. It was a very popular design for larger civic buildings and few residential homes exist. Your house is quite unlikely to have been built solely using this style

Where: Large cities in North West States but can be all over
Typical Features 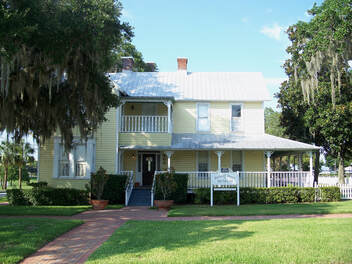 Folk Victorian.1870 - 1910
These are simple house forms with Victorian decorative features borrowed from the Italianate, Queen Anne or even Gothic Revival styles. They were very popular. As the railroads expanded and were able to transport wood and wood turning machines so that the wooden detailing became affordable and the style took off. It can be found just about anywhere. It has been described as the affordable version of the Queen Anne style house. 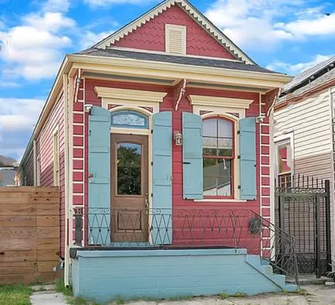 Shotgun house 1861-1930
Some people say these have their origins in the West Indies or Haiti where examples can be seen and they are called “shogun” – Gods House. Others think they are the one room deep homes of the rural south,  turned sideways and called Shotgun because it should be possible to fire a shot through the front door and out the back without hitting any walls.  .