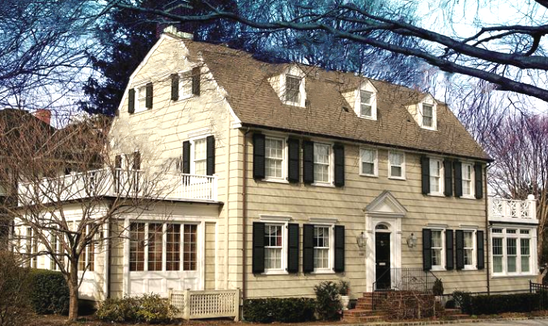 Dutch Colonial 1625 – 1850
Dutch Colonial homes were built by settlers who came from the Netherlands in the early- to mid-1600s. This is one of the most common types of house in America and is easily recognisable by its gambrel roof, narrow dormer windows and curved eaves, along the length of the house integrated into the roofline. This style continued into the 1850’s and then was revived later (see Dutch Colonial Revival style ) 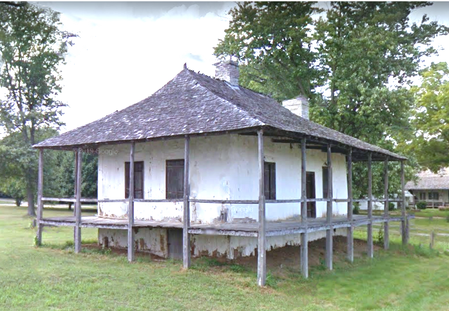 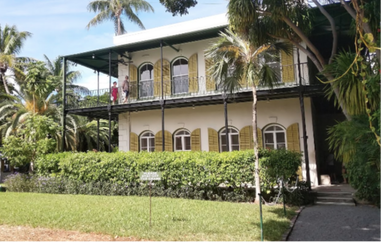 Spanish Colonial 1600 – 1850
Settlers from Spanish territories bought with them this classic design of simple low homes which had been the mainstay in Spain for over 400 years.  The white stucco walls and red roof tiles quickly made them a very popular style.  Homes built in this style began to be popular once again in the 20th century (see Spanish Revival) 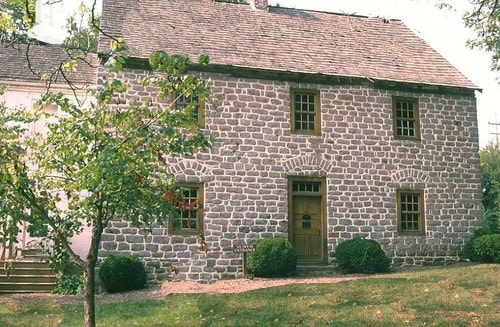 German Colonial (1680- 1850)
Homes built by German settlers were well known for their thick stone walls and exposed half-timber beams popular in Europe. A variation was the "bank house" which was built into the hillside  to provide added protection form the extreme temperatures 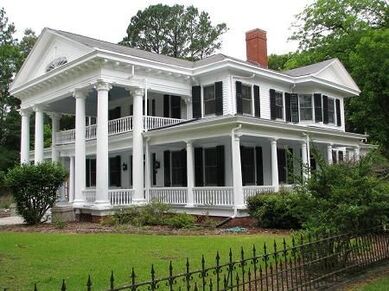 Early Classical Revival 1790 - 1830
Based upon Roman models these have full height entry porches with a triangular feature above (pediment) set against a simple side gabled or hipped roof. Designers, as the classical revival progressed, soon started looking at the classical Greek styles and incorporated them and so we have the Greek Classical Revival style.

Where: Virginia and the Southern States
​Key features: 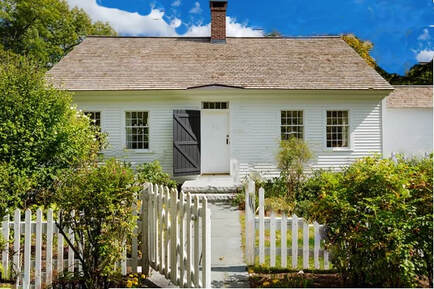 Cape Cod 1620- 1820
The Cape Cod has been described as the quintessential American house and they were built by settlers throughout New England into the mid-1800s. It is a low, broad, single-story frame building with a moderately steep pitched gabled roof, a large central chimney, and very little ornamentation. This style was revived in the 20th century
There are three basic shapes to the Cape Cod style house-
Double Cape This is the one everyone knows but it is actually not all that common. It has a steep pitched roof and a symmetrical five-bay façade with a central, slightly over large, entrance door centred.
Three-Quarter Cape- the most popular in the 18th- and early-19th-century. The entry was offset slightly.
Single Cape Started life as the simplest form and later additions were made to make it three quarter or full cape but some original styles exist.
​
Where: New Hampshire, Massachusetts Bay, Rhode Island and Connecticut.
​Key features: 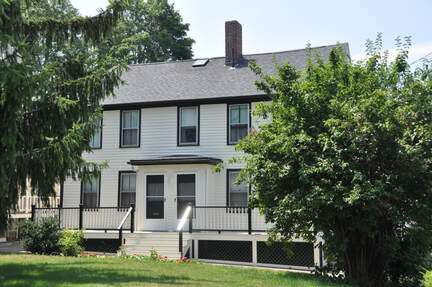 Georgian Colonial 1690- 1780
Early settlers and builders bought Georgian style architecture to their new country. The earliest homes were  constructed of materials that were easy to utilise so timber clapboards and even columns made of timber were used.
​
Where: South and North Carolina, Virginia, Philadelphia,  New Hampshire, Maine, New York
​Key features: 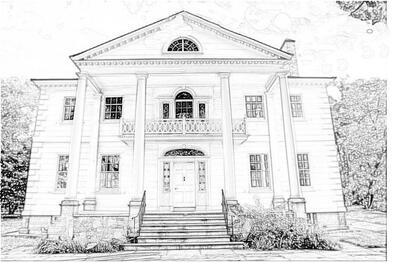 FEDERAL (Adamesque) 1780 -1820
The Federal, or Adam architectural style was very popular from 1780 to 1820, during the great population expansion on the seaports on the Eastern Seaboard. It is a style that has its origins very much in the preceding Georgian architecture which was a very simple box, usually two rooms deep with symmetrical doors and windows. The Federal style was slightly different because it could have projecting wings and overall is to a slightly smaller scale.
External decoration is generally confined to a porch or doorway. Compared to a Georgian house, the columns and mouldings are narrow and quite simple.

Where: in virtually every eastern city, from New England's seaport towns to Georgetown and Alexandria, Virginia.
Key features: 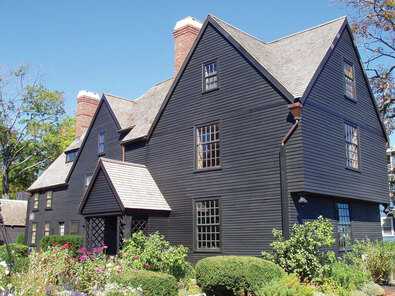 New England 1630-1740
The Colonial House of the Seven Gables (1668) in Salem, Massachusetts is a great example of this New England Architectural style. The British settled there and built rustic, square homes  taking inspiration from Medieval Europe.